Sunday / Easter, A Perfect Day to see the play BOOK OF MORMON? or not?

Wow… AND YES BOOK OF MORMON is awesome, their writing was amazing and touched HOME for me on many things, got me very emotional. I’ve had lots of contact with Mormons but the play also hit on the Mormon/Africa/AIDS stuff so WOW… that really hit home.

The play hit some heavy notes for me:
1) for me there is always the “UGH” that I want to do a ‘big’ thing before I die, like a major movie project I’m involved in, a re-make of a 1970’s hit that is stalled right now.
2) it actually taught me more about MORMON’s than I had realized.
3) my dentist was a Mormon, my part time counselor at the office was a Mormon, AND one of my most memorable and one of the worst HIV/AIDS test interactions at the clinic where I was hired to deliver results back in 1985-90 was a MORMON BISHOP from the LA surrounding area who was fucking guys – he tested HIV+ and married for the 3rd time!! He was very mad at me when I urged him to tell his wife AND have his children tested. This was in the day when the testing was Anonymous and we only knew their Zip code, age and if gay, bi or heterosexual. He listed ‘Bi’. He was pissed when I told him he had a duty to tell the wife but he refused and when I suggested that he had two options: Be Honest or continue to play roulette with his wife and children’s futures, he blew up and told me I was a crappy counselor to not have any better answer.
4) wow, Matt and Trey did great with the choice of wording to make me really think about a lot of stuff, and sort things out. I loved the “Metaphor” comments about Belief. I always remind everyone that Faith is Believing in something you can’t Touch. So their wording made LOTS of sense to me and made me want to get the blog site and website really rolling and productive to spread ‘my words’ about Life before I croak.
5) I had another person come to me the other day, a good friend, who has been telling folks I gave him his HIV+ test results 23 years ago. The other day, he got a bit choked up and said, “I want you to know, I know you had a hard job telling me and the others (I gave 25,000 test results out of which 3800 were positive during an era with no meds, few hospitals and limited hope to survive) that we were likely terminal, or at least our lives would never be the same – he is 58 but with a body of an 75 yr old which is often classic for HIV survivors from that era – but I will never forget feeling that YOU really cared about our lives when you told us, and respected us. Thank you”.
6) I was such an emotional mess driving the hour or so home after seeing the Book of Mormon down in Orange County, that I didn’t want to really talk to anyone, or I’d break down… I drove, listened to good tunes and did a lot of thinking.

Oddly a play I went to for entertainment, did so much more… thank you. The lead who played elder Cunningham, was amazing as they all were. But AJ Holmes in that role was brilliantly quirky enough to really bring out the insanity of our lives at times, when we blindly follow beliefs whether religious, political or cultural, that are presented, accepted and often, unchallenged by most folks.
Thanks. Dr. G. 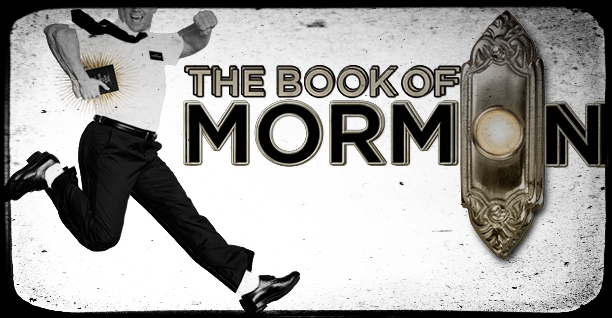